The Crown Princess gets rock-solid knowledge at Museum of Wrecks

Listen
Swedish Crown Princess Victoria recently accompanied Vrak and Jernkontoret out into the Stockholm archipelago to find out more about the Baltic Sea’s shipwrecks and remains, especially the Osmund wreck, which sank in the 1500s and was carrying so-called osmund iron.

The Crown Princess is knowledgeable and dedicated when it comes to maritime issues, especially concerning the Baltic Sea. During our trip to the Osmund wreck, she seized the opportunity to learn more about the history of Swedish iron making and experience firsthand one of all the well-preserved wrecks lying at the bottom of the Baltic Sea.

Maritime archaeologists from the museum dived down to the wreck and checked that no looting or other damage had been done. As they filmed what they did, the Crown Princess could follow their efforts in real time and talk to the archaeologists via a screen inside the boat. The museum has adopted this technology for maritime archaeology investigations so that anyone can use their mobile or computer to dive down to the Baltic Sea’s unique cultural heritage right at home from the comfort of their sofa. 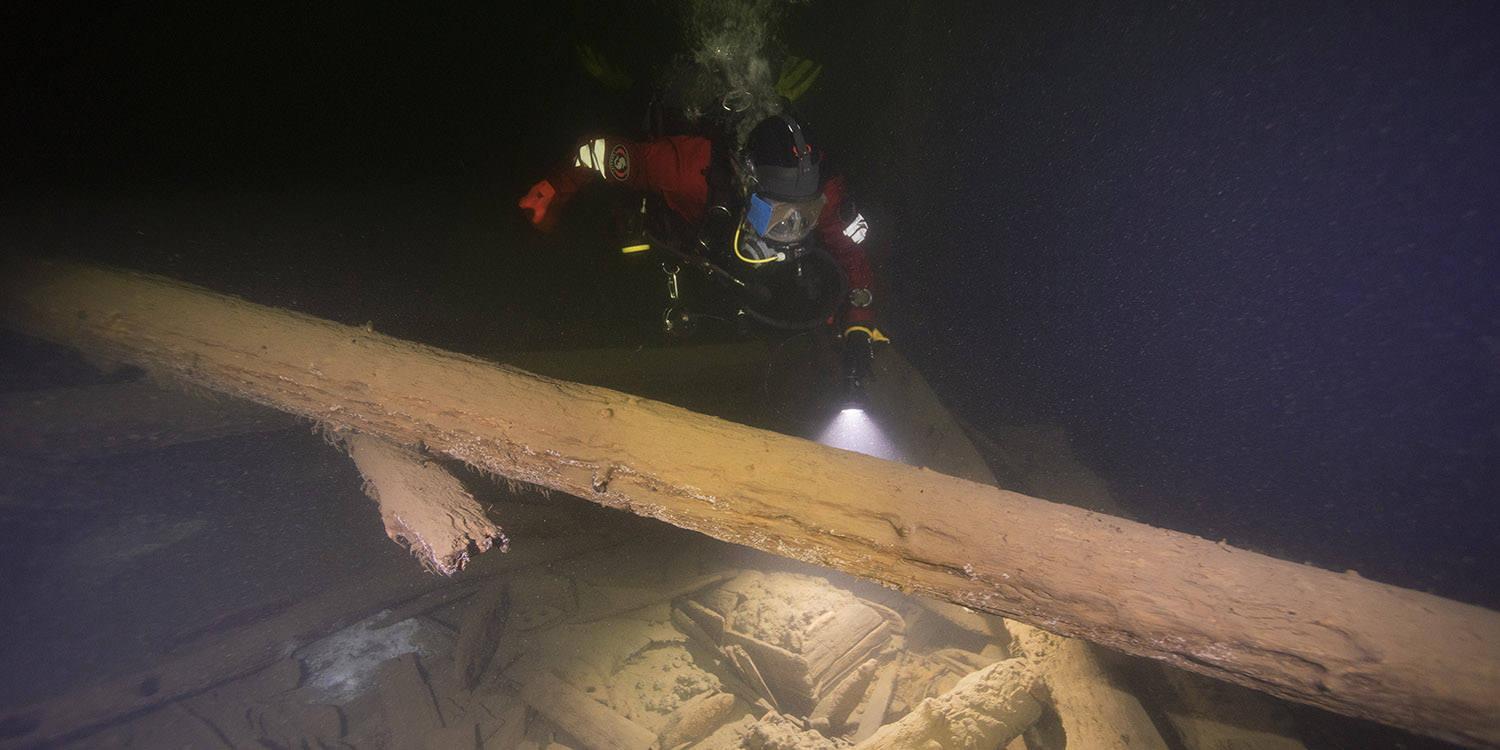 By pure chance, an ancient shipwreck was discovered in 2017 in the Stockholm archipelago, outside Dalarö. The ship had Nordic features and was built of Uppland pine felled during the 1540s. The ship was likely a type called a hulk.

The wreck is well preserved and rests heavily on the bottom, carrying a unique cargo of osmund iron.

“This is a completely untouched time capsule from Gustav Vasa’s heyday,” says Jim Hansson, maritime archaeologist at the museum. “Thanks to the Osmund wreck, we can learn more about how Sweden’s iron exports took off and which ships they sailed with. The ship is part of the answer to the question of how Sweden became the Sweden we know today.”

“Never before has there been a wreck found in Swedish waters with this much osmund iron in the cargo,” says Catarina Karlsson, coordinator of historical metallurgy research at Jernkontoret. “The finds of both osmunds and bar iron tell of a transitional period straddling two production techniques.”

Vrak’s archaeologists had previously examined the wreck and found large quantities of osmund iron on board, which is why the wreck was named the Osmund wreck. Osmunds are small, standard-size lumps of iron weighing just under three hectograms each that Sweden exported from the early Middle Ages up to the early 17th century.

In 2018, Jernkontoret’s historical metallurgy research committee initiated a research project to study the Osmund wreck, the ship’s cargo, the origin of the iron and the shipping route. The project is a collaboration between Jernkontoret and the museum, and it has attracted much interest worldwide in this research. Learn more about it on Jernkontoret’s website.