Start page > News > What is a dive park?

What is a dive park?

Listen
Dive parks are found in many parts of the world. Whether you’re a scuba diver, free diver or snorkeler, you’re sure to have a great underwater experience in a dive park. You can swim along a trail in the water – or explore submerged artwork. But sometimes there are wrecks waiting to be discovered, like in Dalarö Dive Park south of Stockholm.

A dive park with shipwrecks can contain either purpose-sunk ships, which can be exciting to dive around, or – like in Dalarö Dive Park – ships at the bottom of the sea that have ended up there because of an accident or other reasons.

“Dalarö’s dive park is a fantastic experience for divers,” says Pernilla Flyg, archaeologist at Vrak. “They’ll find actual wooden wrecks from the 1600s and 1700s that are unique, well-preserved and have intriguing stories to tell. They aren’t that deep and are often close to land.”

Some of the wrecks at Dalarö are part of Sweden’s first maritime cultural reserve, the Dalarö shipwreck area.  They are accessible to divers only with a guide, since they are fragile and were previously protected through a diving ban.

“As a diver, you can now follow dive guides who are trained in cultural heritage and can tell you more about the wrecks. They also make sure to limit the number of divers at any given time so that the wrecks don’t get damaged," Flyg says.

Older wrecks are considered ancient monuments and are protected under the Heritage Conservation Act.

“Look but don't touch the wrecks!” she warns. “Both the wrecks and any objects are best preserved right where they are now. Divers – and future generations – should also get to experience these amazing time capsules.”

Dalarö is a small coastal community in Haninge Municipality, just southwest of Stockholm. For hundreds of years, it has been an important hub for ships travelling to and from Stockholm. Even ships headed farther north and east across the Baltic Sea also came to Dalarö.

“The more traffic, the more wrecks there are,” Flyg concludes.

Three shipwrecks in one cultural reserve 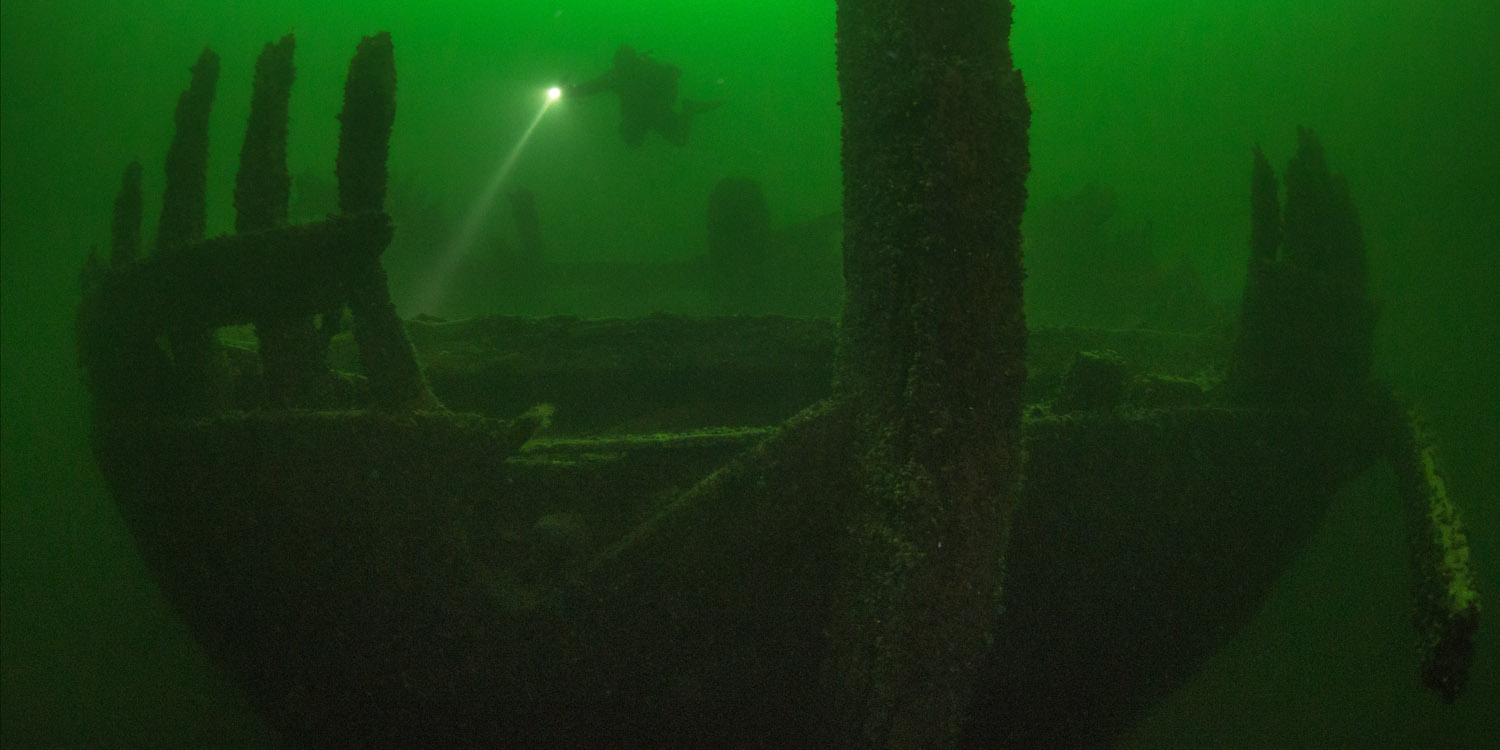